I have been selected for Western Michigan University's "Smart Ride" Campaign as part of their partnership with The Image Group in increasing enrollment of academically talented individuals.  I have been featured on a billboard off of Interstate 94. 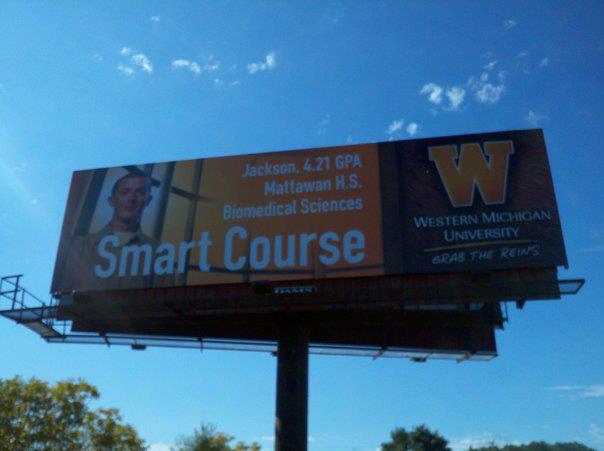 Furthermore, I have been featured in commercials airing at Celebration Cinema, Rave Motion Pictures, and numerous other movie theaters across the state, on the university's YouTube channel, and at http://wmich.edu/smartride/.